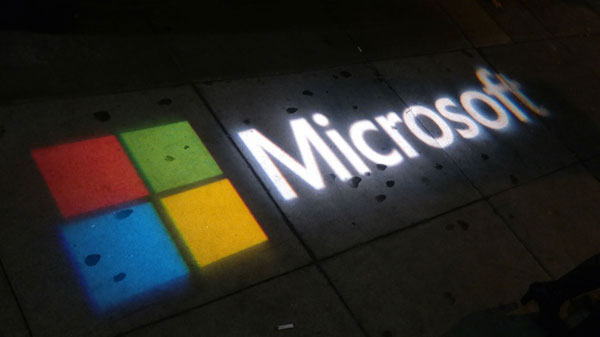 Microsoft Corp appears to be the latest U.S. company targeted by China for antitrust investigation as government officials paid sudden visits to the software firm’s Chinese offices on Monday.

Representatives from China’s State Administration for Industry & Commerce, which is responsible for enforcing business laws, made the visits to Microsoft offices in Beijing, Shanghai, Guangzhou and Chengdu, according to local media reports that were confirmed by Microsoft.

The Chinese government agency declined to comment on the visits. A Microsoft spokeswoman said the company was “happy to answer the government’s questions,” but declined to give any further information.

A source close to the company said the visits were most likely the preliminary stage of an antitrust investigation.

If that is the case, Microsoft would be one of the biggest U.S. companies to fall under the eye of Chinese regulators as they ramp up their oversight in an apparent attempt to protect local companies and customers.

Qualcomm Inc, the world’s biggest cellphone chip maker, is facing penalties that may exceed $1 billion in one such Chinese antitrust probe, following accusations of overcharging and abusing its market position.

Beijing’s increasing use of its 6-year-old anti-monopoly law and price competition rules to weigh-in on global mergers has riled U.S. companies and strained U.S.-China business relations.

The U.S. Chamber of Commerce earlier this year urged Washington to get tough with Beijing on its use of anti-competition rules, noting that “concerns among U.S. companies are intensifying.”

U.S.-China business relations have been severely strained recently by wrangles over data privacy. State media has called for “severe punishment” against tech firms for helping the U.S government to steal secrets and monitor China, in the wake of revelations by former U.S. National Security Agency contractor Edward Snowden..

Tensions increased in May when the U.S. Justice Department charged five Chinese military members with hacking the systems of U.S. companies to steal trade secrets.

The latest move by China’s authorities caps a rocky period for Microsoft in the country. Earlier this month, activists said Microsoft’s OneDrive cloud storage service was being disrupted in China.