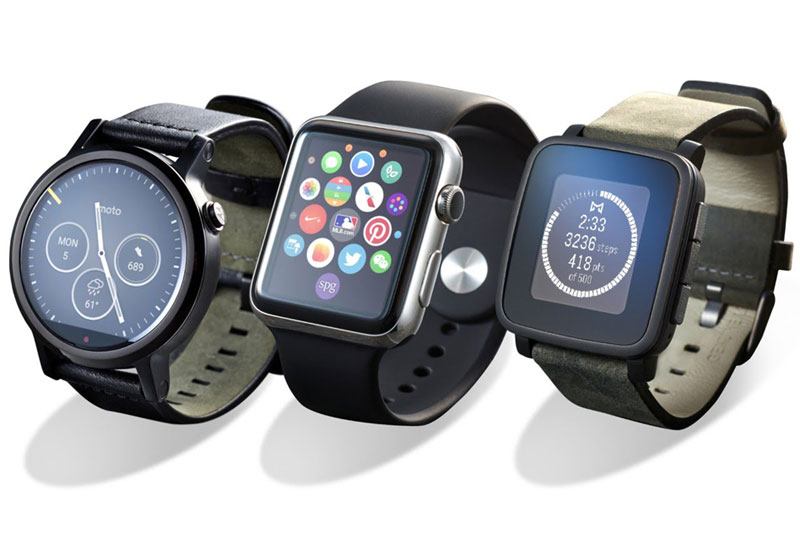 HOUSTON, Oct. 16, 2019  – INNOVENTIONS, Inc. has been awarded US Patent 10,444,908 for its “back of the hand” virtual touchpad smartwatch interface. The new patent, “Virtual Touchpads for Wearable and Portable Devices,” covers a new technology for interacting with smartwatches by motioning your fingers on the back of your hand, creating a large virtual touchpad.

“Smartwatches are inherently difficult to use because of their small displays. Users have a limited ability to perform touch gestures on this small display, whether tapping on-screen buttons or texting a reply,” said Dr. David Y. Feinstein, President and CTO of INNOVENTIONS. “With our virtual touchpad you don’t have to touch your watch at all, so your fingers do not obstruct the small display. It’s much easier to draw letters for texting on the much larger area of the back of your hand.”

The new patent covers the use of the skin’s surface around a smartwatch for data and command entry. One or more cameras built into the side of the smartwatch facing the assigned virtual touchpad area detect touch gestures by the fingers on the virtual touchpad. Sound and motion sensors that detect vibrations may also be incorporated to improve accuracy.

“Since the user taps and drags on their hand via the virtual touchpad and not on the tiny smartwatch display, it is easier to interact as the user can clearly see the previously entered characters, without any obstruction,” said Dr. Feinstein. “It also eliminates messing up the small screen when your hands are really sweaty and dirty.”

Many common gestures used in mobile devices, including drag, tap, double-tap, long press, pinch and others can be detected and implemented with this technology.